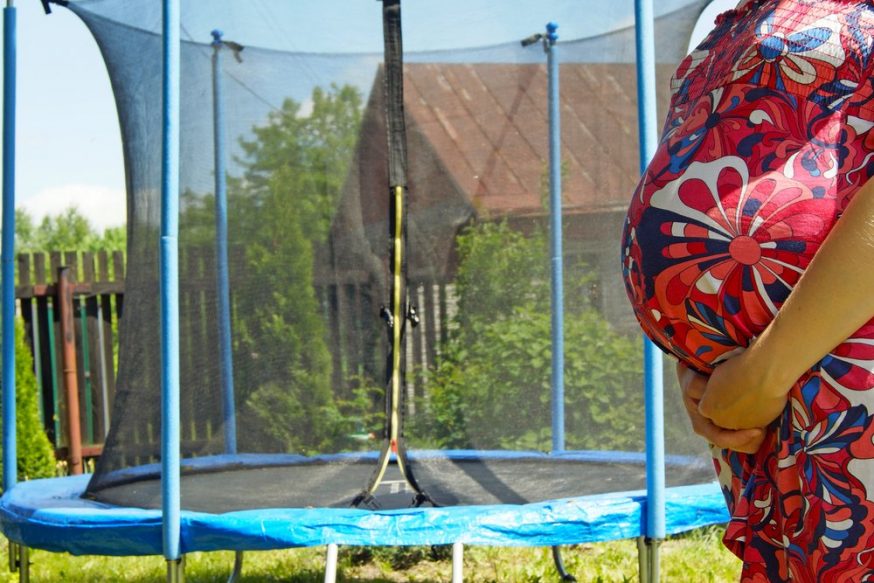 Is it allowed to bounce on a trampoline while pregnant?

Trampolining is exploding in popularity. But the thought of a pregnant woman jumping on a trampoline has attracted a lot of mixed responses than ever before.

On the one hand, some people argue that exercising on a trampoline during pregnancy is safe if done in moderation. On the other hand, a vast majority argues that trampolining is a high-risk activity for both the mother and the developing child. So, which is which?

In that case, perhaps the best way to handle it is to assess the benefits versus the risks that come with trampoline exercises while pregnant.

Benefits of trampolining while pregnant

Antenatal depression is a major issue during pregnancy. This refers to episodes of prolonged sadness that could go for weeks or even months among expectant women. While there may be other underlying causes, these emotions are mainly caused by pregnancy hormones and may cause difficulties sleeping besides making you feel low.

Will jumping on a trampoline while pregnant improve mood? Sure! Mood boost is one of the major benefits that come with rebounding. Experts say that jumping on a trampoline causes the release of endorphins a.k.a feel-good hormones. This is a group of peptides that activates opiate receptors, consequently leading to a surging sense of positive euphoria. Euphoria gives you a mood uplift, which is necessary to stay positive in your pregnancy journey.

Gestational hypertension (high blood pressure during pregnancy) is common. The American Pregnancy Association says that this condition affects around 8% of expectant mothers.

Since it’s advisable to keep off medications during pregnancy, you’ll want to come up with natural ways of controlling blood pressure if you’re diagnosed with it. Remaining active, for instance, by engaging in exercises is a surefire way of doing this.

Trampoline fitness is one of the best exercises for pregnant women thanks to its low-impact nature. Importantly, you only need a 5-10 minute session to realize results.

As a form of aerobic exercise, rebounding separates sticky blood cells and also increases blood circulation, making it easier for the heart to do its job.

3. Eases joint and back pains

Supporting a pregnancy for around 9 months isn’t an easy feat. Your body will undergo a gamut of physical changes, which often leads to joint and back pain. These pains are mainly caused by weight gain, although other issues, including arthritis, may be responsible too.

Exercises offer one of the best ways of dealing with these pains naturally. Exercising improves your joints’ range of motion, keeping them flexible. Compared to jogging, running, or rope-skipping among other physical activities, jumping on trampoline while pregnant is a much better alternative because it’s easier on your joints and ligaments. The bouncy mat absorbs most of the force from each footfall, and this prevents your hips, ankles, knees, and spine from jarring.

Trampoline and Pregnancy- Understanding the Risk

Now that we’ve seen the possible benefits of trampoline fitness during pregnancy let’s get to the million-dollar question: is it safe to jump on a trampoline while pregnant? The answer here is no (sorry).

Besides the expanding belly, backaches and morning sickness, the pregnancy package also includes a notable decline in coordination. Clumsiness in pregnancy hits around the second trimester as you start gaining weight. However, it may also come earlier due to fatigue and hormones, such as relaxin that softens your ligaments.

Falling on the floor due to loss of balance may not always necessitate a visit to the emergency room. However, this changes completely when you hop onto a rebounder. Using an indoor trampoline or outdoor trampoline requires a great deal of concentration and coordination due to the bouncy surface. And a slight mistake might lead to disastrous results to you and the baby.

Maintaining regular exercises throughout your pregnancy plays a critical role in your overall health and that of your baby. Compared to other types of activities, a trampoline seems much more convenient in that you can use it at the comfort of your house any time. Besides, it’s easier on your joints and might help with back and joint pains.

However, as we’ve just seen, the risk involved is quite high due to the bodily changes that you’ll be going through.

If you were rebounding before pregnancy, we believe the risk will be a bit lower for you. You may continue with your trampoline fitness class but at a more moderate intensity. We also recommend having someone (for instance, a spouse, family member, or friend) around in case you need any assistance. Importantly, always use the trampoline solo (don’t let anyone else, even a child on the mat).

For starters, it would be much safer if you considered something else; for instance, yoga poses that have been modified for expectant moms.

If you’ve decided to use a trampoline while pregnant, consult your doctor first to prevent any unforeseen risks. In addition, remember that exercises during pregnancy may do more harm than good if you have an existing medical problem, such as asthma and diabetes. Also, if you have a history of bleeding, spotting, threatened miscarriage or abortion, it’s necessary to discuss with your doctor before proceeding with any form of exercise. 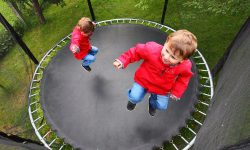 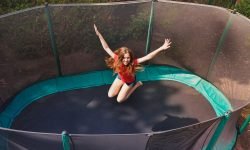 What trampoline equipment do you need for trampolining? 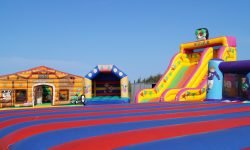